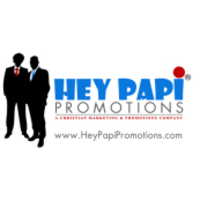 Brenda Leigh Wells, aka”Born2Praizz”, is a native of Baltimore, Maryland. She has been graced to be a minister, entrepreneur, poet, author, playwright, actress, and media personality. Brenda began writing poetry as an outlet to cope with daily life and spiritual frustrations.  She found that they gave her an emotional release, as well as, internal hope. Her favorite poem that ministers to so many people including those who are incarcerated is entitled “Quitting Is Not An Option…I Choose To Win!”  Brenda’s passion and concern for the youth of today motivated her to pen her first book in the series entitled “The Adventures of Pete and Repeat…I Am You-Nique”.  It is based on the speech that she enlightened the youth with at their back to school revival in 2011 and was released nationally in November, 2013.

Brenda established her poetic art business “Frame Your World” because of her firm belief in the power of spoken words as instructed in Proverbs 18:21, “Death and Life are in the power of the tongue, and those who love it will eat its fruit”.  Her love for praising God led her to operate as a Psalmist in the prophetic dance.  She wrote and produced her first Christmas play entitled, “Jesus Is The Reason” which debuted in December, 2011.  She is currently working on producing her second play entitled “Secret Pain”.  Brenda is also in the process of releasing her debut CD entitled “It’s Time to Heal!” which includes a dramatic compilation of her original poems, songs and prayers. It is scheduled to be released in Summer, 2015.  She was the co-host of the S.H.A.R.E. Broadcast (Spreading Hope and Releasing Empowerment) which aired on Radio One’s Spirit 1400 April-July, 2013 on Saturday mornings. She also frequents the District of Columbia, Maryland and Virginia area conducting interviews with celebrities, artists, authors and entrepreneurs.

Brenda is the founder of “F.E.E.D Fellowship” which is an acronym for “Fueling, Energizing, and Empowering for Demonstration”.  She teaches and encourages individuals with the word of God and Kingdom principles through these “Mindset Presentations” throughout the Maryland area. Brenda’s motto in life and encouragement to others is “You are what you think so always think the best of yourself!